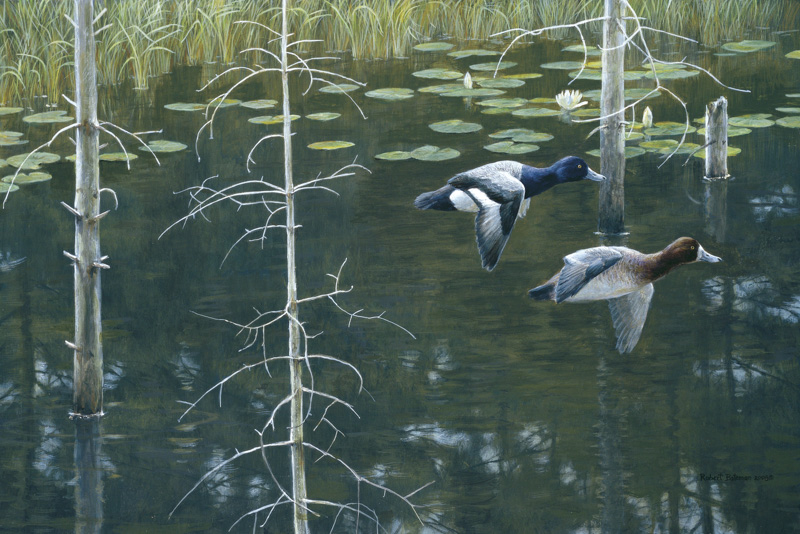 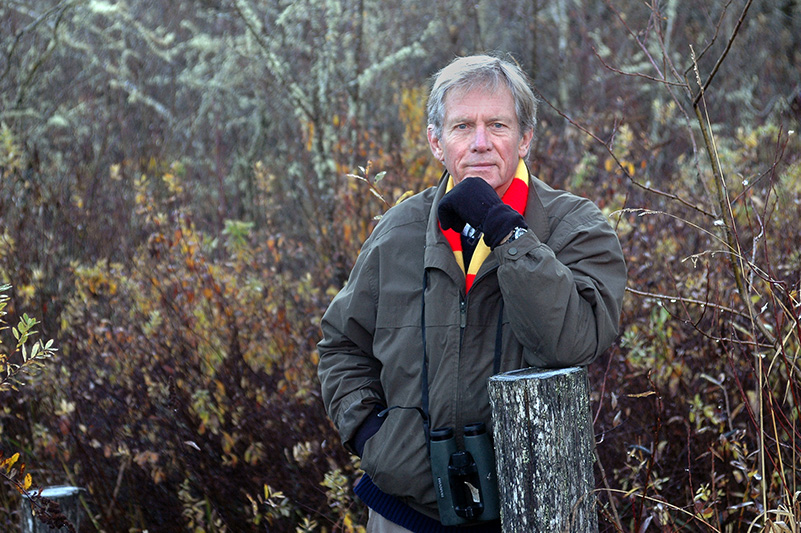 “I can’t conceive of anything being more varied, rich and handsome than planet Earth; its crowning beauty is the natural world. I want to soak it up, to understand it … then I’d like to put it together and express it in my painting. This is the way I want to dedicate my life.”

Robert Bateman’s realistic painting style, featuring wildlife in its habitat, encourages the viewer to examine the natural world. Many of his one-man shows have drawn record-breaking crowds, including one at the Smithsonian Institute in 1987.

His art reflects his commitment to ecology. Besides being one of Canada’s best known artists, he is a naturalist, recognized by the Audubon Society as one of the 20th Century’s “heroes of conservation”. He is a spokesman for many environmental and preservation issues, using his art to raise millions of dollars for these causes.

Mr. Bateman’s honours and awards are numerous, including Canada’s highest honour, Officer of the Order of Canada. He has been awarded ten honorary doctorates and has three schools named after him. He has been the subject of numerous films and books which include The Art of Robert Bateman [1981], The World of Robert Bateman [1985], An Artist in Nature [1990], Natural Worlds [1996], Safari [1998], Thinking Like a Mountain [2000] and Birds [2002].

This artwork was commissioned for the 25th anniversary of WHC.

“Since my youth, the boreal forest has represented the true wilderness – swamps and bogs with their sweet, wild smells are not the habitat of tourists but they are places that stir my heart. Although most of my sightings of lesser scaups have been on their open lake wintering grounds, I decided to put this breeding pair in the boreal setting I love so well”. – Robert Bateman